Iceland belies its name. One imagines a perpetual panorama of … well, ice. We found a landscape laden with lupine. Purple lupine. Everywhere. 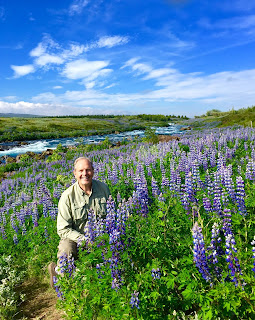 And, terrain teeming with craggy volcanic rocks, hillsides blanketed in velvety green, punctuated with rushing waterfalls, gushing geysers, and seascapes that can only be described as “otherworldly.”

We spent four magical days in southwest Iceland, where most of the island’s 330-thousand inhabitants live. We flew into Reykjavik, the capital, in July where temperatures hovered around 65 degrees. The air is fresh and the water pure in Iceland. In many ways the country is untouched, though tourism is quickly infiltrating this enchanting Nordic destination.


The top tourist attraction is the Golden Circle: a 180-mile loop from Reykjavik. You’ll hike a dramatic fissure at Þingvellir National Park, where the Eurasian and Atlantic tectonic plates are pulling the country apart, literally, at a rate of nearly two inches annually. You’ll explore a geothermal wonderland at Geyser: a series of odoriferous sulphur springs starring Strokkur, a gusher that belches boiling water 30 meters into the air every few minutes. You’ll feel the mist at Gulfoss Falls, where it’s not unusual to see a full rainbow—or two—arcing over the powerful, plunging cascades. 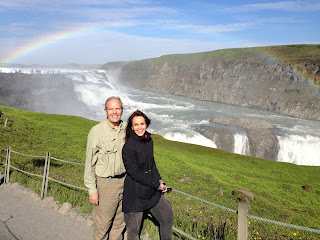 We rented a car for flexibility. That meant we could go off the main ring road to hike Kerad volcanic crater, stop to pet charming Icelandic horses and capture on camera uncommon countryside filled with flowers—purple lupine, of course! 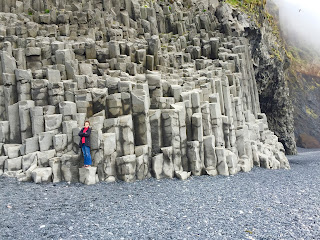 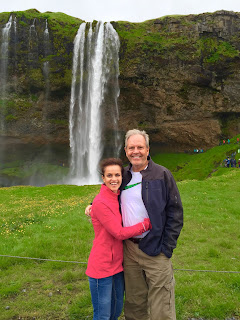 Reykjavik has a quaint old town full of Viking souvenir shops and some of the best dark chocolate and black licorice offerings. Street musicians perform for passersby, as the iconic Hallgrimskirkja church stands sentinel over the city’s narrow streets. 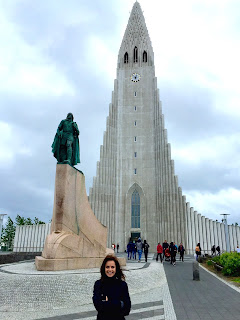 Nobody leaves Iceland without a soak in the surreal Blue Lagoon (silica masks included) with its milky blue waters dramatically set amidst black lava. However, we enjoyed—more—a “dip fest” in the Laugardalslaug geothermal pool that offers eight hot tubs of differing degrees … for practically free. 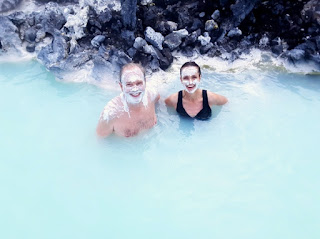 Unfortunately, we did leave Iceland without seeing glaciers, volcanoes and the Northern Lights.

Older Post Home
Subscribe to: Post Comments (Atom)
Don't bother scrambling for a dictionary—wanderluscious is not a word you'll find there. It's a sniglet, actually. I coined it.